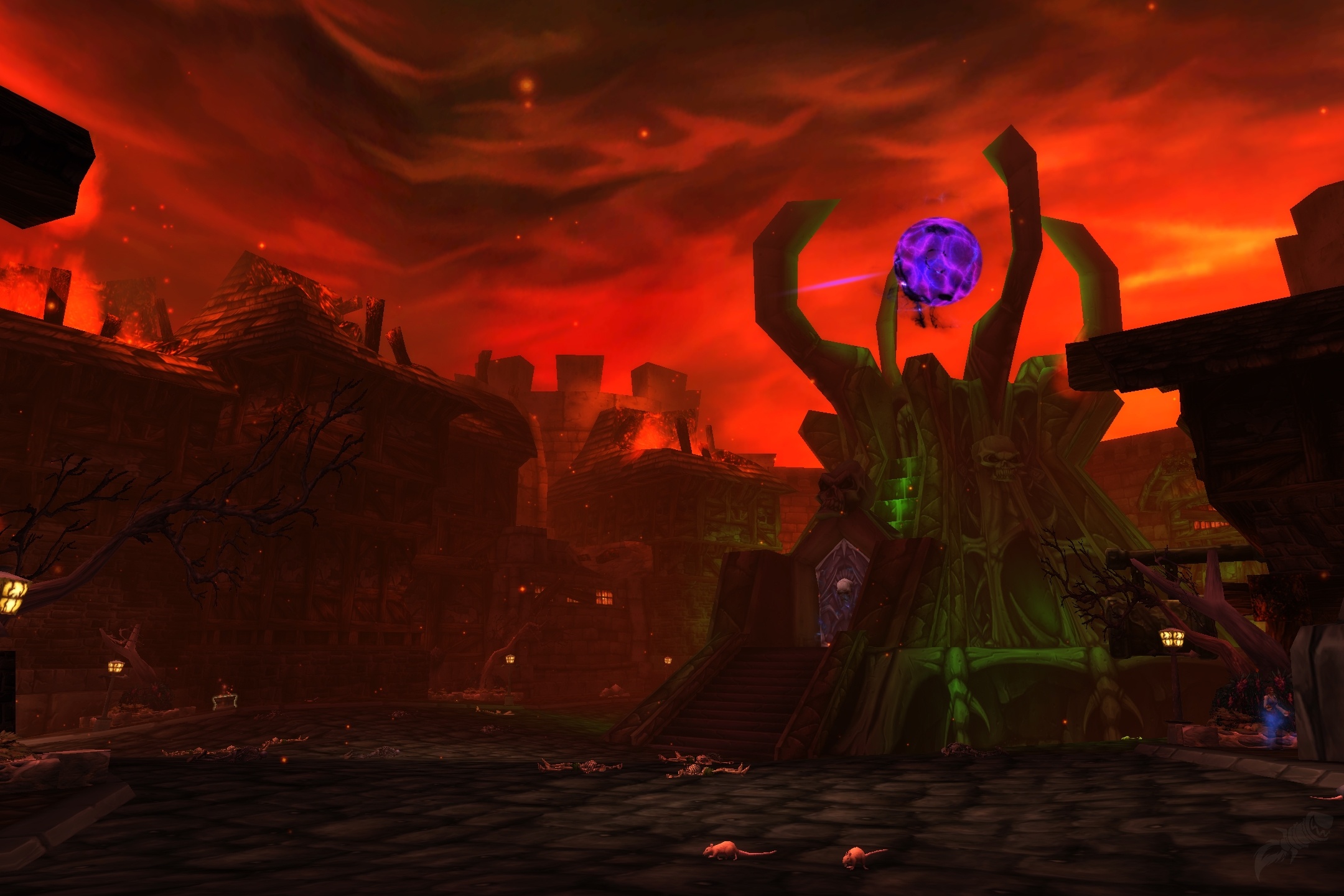 When it comes to fast leveling, we have to mention Stratholme – one of the most popular dungeons for leveling. It is designed for five players, is relatively easy to beat (especially with good teammates), and also provides a large number of preparatory BiS gear for all classes.

Immediately it is worth noting that you need the “Crimson Key” to complete Stratholme. It can be found in another dungeon, “The Scarlet Monastery”. You can also cheat and ask a rogue friend to pick a lock and open the dungeon for you.

Unlike other popular dungeons, Stratholme allows you to collect a large number of quests for a lot of character exp. All known quests for this instance will be provided below.

Go to Manager Alain at the Chapel of the Light of Hope. He will direct you straight to the location near Plaguewood Tower, where Egan will give you his crossbow and ask you to put 15 restless souls to rest.

It all starts with Haze LaRu, which is in the chapel. Everything is simple here – you need to find Grimm’s Premium Tobacco. 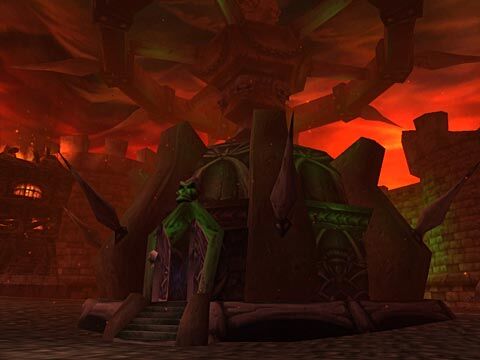 Unlike the above quests, this one has a small pitfall. It all starts with Duke Nicholas Zverenhoff in the chapel. He asks you to go to Stratholme and destroy Archivist Galford, and then burn all of his manuscripts in the archive. This is where the “pitfall” appears, associated with another quest. If you took the quest “Symbol of family love”, then when you burn the archive, there is a risk of burning the picture necessary to complete the task.

Of Love and Family

This quest is part of a whole quest chain that begins with Tirion Fordring. Artist Renfrey asks you to save a painting from Galford’s archives. Everything is simple and clear, the main thing is not to accidentally burn it.

The Truth Comes Crashing Down

One of the most annoying quests, as it requires simultaneously completing the “Archivist”, the head of Balnazzar (the last boss of the instance), and running to the chapel and back to the dungeons. There is a little trick that will save time and hassle for both you and your team. Just ask the warlock for help, and bind the Hearthstone to the Chapel of Bright Hope. As a result, the muddy running around turns into a fast run.

The Medallion of Faith

After killing the boss Malor the Jealous on the living side of Stratholme, you will find a living medallion that will ask you to deliver it to Aurius. After entering the instance, at the very beginning of the side entrance to UD (The Dead Side of Stratholme, Capital of the Scourge) there will be a burning chapel. There he is.

Stratholme is famous for its number of bosses. There are both primary and secondary opponents. Most of them will be described below.

The first boss that can be easily killed with teamwork. Make sure to destroy all opponents in the area of ​​his habitat, otherwise he will pull them to him, and your group will most likely be destroyed. Has AoE fire attack and stun, so it’s best not to crowd around everyone.

This boss is not always found. Considered rare, can be seen right in front of Fras Siabi. It does not present much danger, it will just attack you with spells. Interrupt them and deal damage.   Hearthsinger Forresten Also a rare boss. Spawns north of Fras Siabi. Can put the player to sleep for 8 seconds, and can also fire several times. Just spread out and try not to avoid this spell.

It is highly recommended that you clear all mobs, as this ghost summons its undead. Combined with other opponents, the battle will most likely result in a wipe. There are no special tactics, just kill the minions and deal damage to the boss.

Unlike other bosses, Balzaphon will only be available during the Scourge of Naxxramas event. There are no special signs, it will just throw ice arrows at you. The healers should be careful, because he is still the boss.

By opening 3 mailboxes, the keys to which can be obtained thanks to the Stratholme Courier, you will call Postmaster Malown, who definitely will not be happy with vandalism. The vengeful ghost will stun and chase you in fear, but with proper teamwork, it is quite easy to kill. The main thing is to clear the area first, otherwise the mobs can ruin the whole battle.

In general, the boss was meant to be a reference to South Park, so he will constantly scream TIMMY!. In general, it is an ordinary tank, which can be safely kicked off by the team. Appears in case you chose the straight side of the Scarlet Crusade.

Malor the Zealous is not a particularly remarkable boss, of the spells it has only a powerful heal. After killing him, you will find a medallion of faith, which is necessary for the quest of the same name. There are no tactics for assassination either, just inflict as much damage on him as possible and keep an eye on the tank’s HP.

The blacksmith can be enraged if his blacksmith plans are touched. As a result, an ordinary tank will appear, which is destroyed in the same way as ordinary mobs. It will be of interest only to blacksmiths, since it drops “The lower part of the treatise“ Useful tips for an armored man ”, part 2”.

More or less interesting boss. Summons minions who will ruin your life with ranged attacks. They can be demolished with both hands and with the boss’s cannon. To do this, you need to pick up a cannonball and load it into one of the cannons. The boss himself is killed quickly, the whole difficulty is in long-range assistants.

Before you fight this boss, be sure to take the painting “On Love for the Family.” In the battle itself, healers will have to strain, because they mostly heal only one target, and Galford has AoE and DoT. In the whole group it is better to disperse, the tank should be afraid of its ability “Burning Winds”, which stuns the character and deals 1600 damage with fire for 8 seconds.

The final boss has two stages. In human form, it is almost harmless, however it is only used to appease the unsuspecting group. Later, he turns into a huge devil, which begins to nightmare everyone with shadow spells and control. The tactic is simple – disperse as far as possible to avoid fear, dispel the sleep of teammates and inflict periodic damage.

Stratholme is a great place to level 56-60 characters. Paladins and frost mages are popular classes that excel in this dungeon due to their superior survival and control abilities. With an agreement with boosters, players can quickly raise their normal equipment, level, and also complete tasks that will bring money.